I just finished listening to the audio book, “Lies the Government Told You” by former New Jersey Superior Court Judge Andrew P. Napolitano and highly recommend it.  In fact, this is a book that every American should read (or listen to the audio version of).  In it, Judge Napolitano discusses the many ways in which the US federal government has deceived and continues to deceive the American People as it arrogates unto itself more and more power, diminishing in the process both individual liberties and the power of the states.

Judge Napolitano concludes his compelling discourse with a bold and detailed statement of what We The People must do to rectify this situation and reverse the federal government’s ongoing and increasing power grab.  To whet your appetite, I am going to quote the concluding paragraphs of the book in full:

We will need a major political transformation in this country to rid ourselves of persons in government who kill, lie, cheat, and steal in our names. We will need to recognize some painful truths.

First, we must acknowledge that through the actions of the government we have lost much of the freedom that we once all thought was guaranteed by the Constitution, our laws, and our values. The lost freedoms have been cataloged in this book and need not be restated here. In sum, they are the loss of the primacy of the individual’s inalienable rights and the concept that government is limited in its powers. We have lost the diffusion of power between the states and the federal government. We have lost a federal government that stays within the confines of the Constitution.

Third, we must acknowledge that there is a fire in the bellies of millions of young people who reject both wretched visions of the Big Government Party. These millions of young folks need either to form a Liberty Party or to build on the libertarian base in the Republican Party by banishing Big Government conservatives, neocons, and so-called social conservatives who want to use government to tell others how to live their lives back to the Democratic Party from whence they came.

Then we need a political fever that consumes the careers of all in government who voted for the Patriot Act, the illegal wars in Iraq and Afghanistan, the TARP and stimulus programs, the federal takeover of education, spying on Americans without warrants, and all other unconstitutional monstrosities that have tethered lovers of liberty to Washington, D.C.

We should abolish the federal income tax, prohibit eminent domain, impose term congressional limits, make Congress part-time, return the power to elect senators to State legislatures, abolish the Federal Reserve system, and prosecute for malfeasance any member of Congress who cannot articulate where the Constitution authorizes whatever he or she is voting for or who has voted for any law that he has or she has not certified under oath that he or she read and fully understands. And we must reject the nice smiles and easy ways and seductive promises of anyone in government who lies to us.

The Big Government Party crowd is obviously not afraid of lying or being caught in a lie. Its members do not fear their own lawlessness or our loss of freedom. They only fear the loss of their own power. So let’s use that fear against them. Jefferson understood and articulated this best when he wrote: “When the people fear the government, there is tyranny. When the government fears the people, there is liberty.”

If we fear our own government, if we accept its deceptions, its lies to us, if we take no action to redress them, our freedoms are doomed. 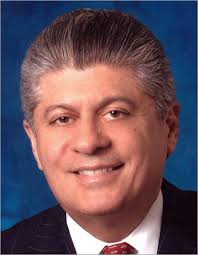 The “Lies the Government Told You” page of the judge’s website is here:

My Other WordPress Blog