I took the “I Side With” political quiz again tonight:

The quiz now includes Libertarian Party candidates and, unsurprisingly, I agree most with them … in fact, my three most agreed with candidates were all Libertarians … though I have to admit that I was somewhat surprised that my highest level of agreement — 90% — was with John McAfee, who I did not even know was running. 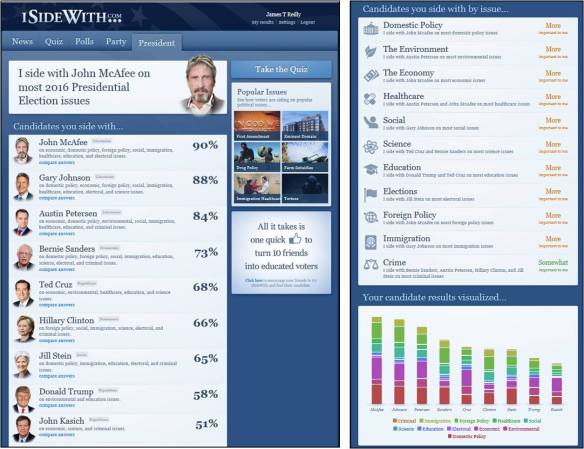 After McAfee were Gary Johnson 88% (I voted for him in 2012), Austin Peterson 84% and — finally a major party candidate — Bernie Sanders 73%. I was also somewhat surprised that my lowest level of agreement was with John Kasich 51%, who I consider the most palatable of the Republican candidates.

Next to lowest was with Donald Trump 58%, though I’m not sure how “I Side With” determines that, since Trump never says anything substantive about how he would accomplish any of his purported political objectives.

As far as parties are concerned, I agree most with the Libertarian Party at 85%, followed by the Green Party 67%, the Constitution Party 66%, and the Socialists 62%.  My lowest levels of agreement were with the Democrats 60% and … at the very bottom … the Republicans 53%. 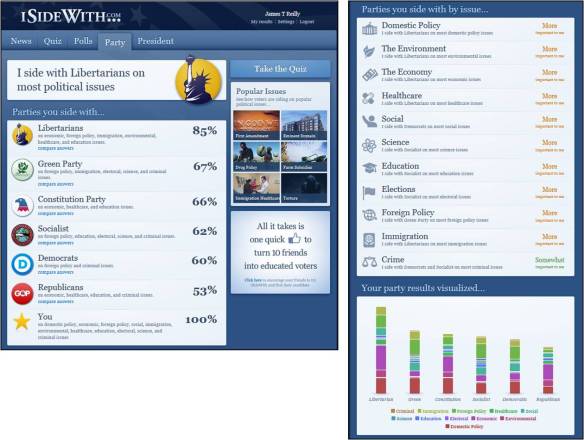 The test also describes my overall political philosophy as moderately libertarian (and slightly left of center) and that among “political themes”, my most significant preferences are for Decentralization over Centralization … Multilateralism over Unilateralism … Isolationism over Imperialism … Laissez-faire over Keynesian … Capitalism over Socialism … and Pacifism over Militarism. 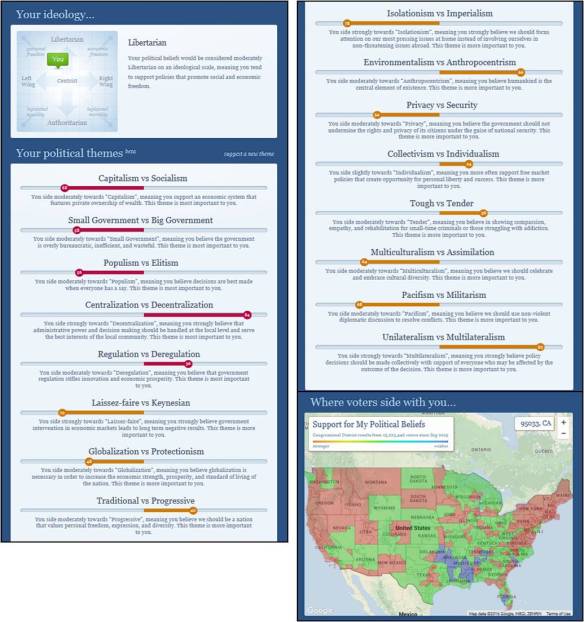 The map showing “Support for My Political Beliefs” across the United States also shows quite clearly that I would not fit in very well in the Deep South … though that is not much of a surprise.